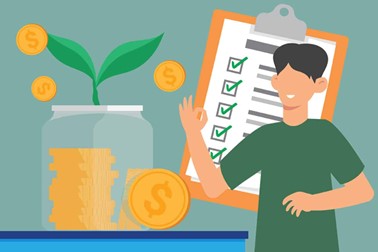 Nowadays, the rising cost of living in our country has worried the minds of many people, especially the younger generation, since they have to learn to survive on their own. They need to face the harsh reality of an inability to buy due to economic pressures. In order to maintain the symbiosis between suppliers and buyers, purchasing power can be exercised by practising frugal practices. Hence, various benefits will be obtained, especially for the younger generation, if they practise frugality in spending.

In reality, it is an undeniable fact that today’s younger people are spending more money regularly or in a larger amount than the older generations. They tend to spend their money on electronic gadgets, branded clothes, and hipster food and beverages that are prevalent in the market, which are normally targeted towards the younger generation. However, they need to spend within their own means and be frugal by choosing quality products that are suitable for use in their daily lives. As the Malay proverb says, we measure clothes on our own bodies, which means we must know our own capabilities. Hence, this will help them with financial management as it is an essential part of entering adulthood.

In recent times, the news of young people being declared bankrupt has become increasingly polemic in our society. The use of credit cards for reckless spending and a lack of commitment to settling debts has resulted in many young people being categorised as bankrupt. Their personal records will be affected if they are involved in a lot of debt, as the purchase of assets such as a house or car will be difficult when there is inconsistency in repaying debt. Nonetheless, there are various alternatives that young people can take advantage of, such as finding vouchers, promotions, and discounts that are worthwhile investments of their money on what they desire.

Additionally, the practise of frugality gives a literal benefit that adds to the savings for the future. For example, in the event of an accident in the family, we must be willing to help, especially in terms of financial assistance. Plus, savings that have been accrued while shopping will help us in any emergency or in future situations. We plan, God determines. Everything we have today may disappear in the blink of an eye. Therefore, we should be grateful for the blessing and be well prepared in the face of any eventuality in the future.

Furthermore, the practise of frugality can foster self-reliance in young people. This is partly due to their own discipline in practising frugality that their savings will be enough for themselves. As such, they do not have to rely on their parents, who also have to meet other commitments such as house and car. Also, they will be more responsible in ensuring their future is financially sound. Plus, with the government’s help in reducing living costs and economic pressure, young people can be independent and have a chance to gain a salary that is in line with the quality of their work.

Conclusively, the practise of frugality can help in managing the finances of young people, especially in the face of today’s volatile economic pressures. There is no time like the present. Young people should start this step early in order to benefit more in the future. Thus, they should be aware of the importance of managing their finances with frugal practises in order to create a smart and progressive society as well as help in boosting the country’s economy in a better direction.