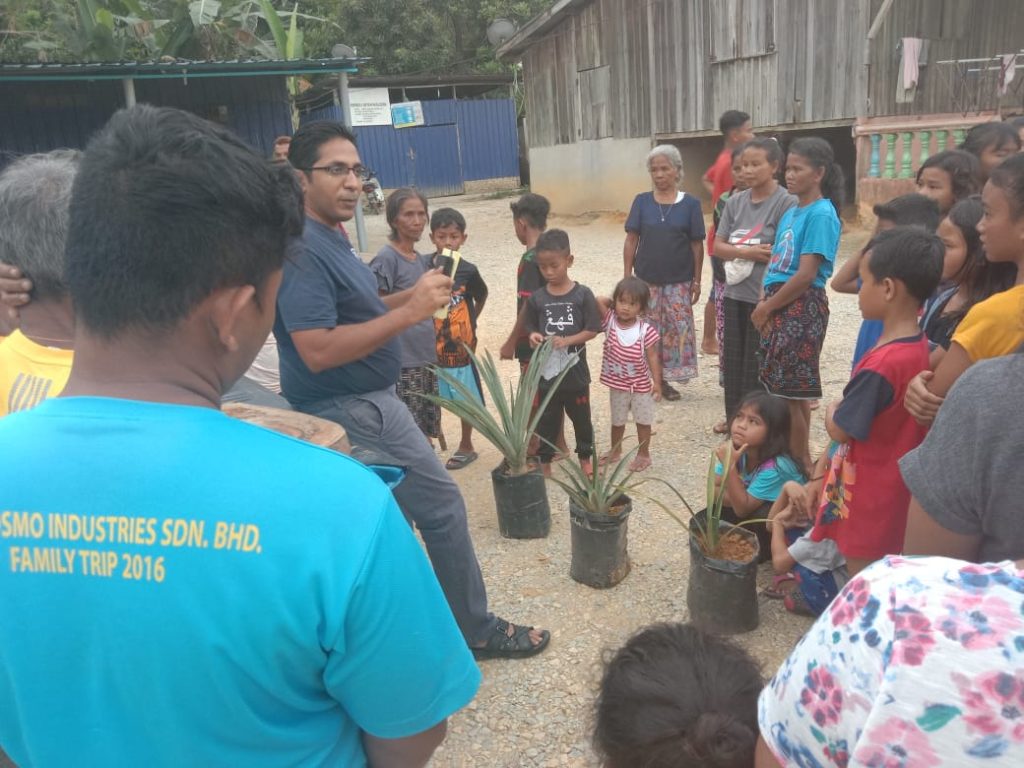 One of the most vital traits of real-world education, in parallel with real-world needs, is to work with and within communities. At Goon International College (GIC), we believe that the communities around us play an important role in shaping and influencing future leaders and professional businesses. We interact with a variety of communities and imbue our students with the skills required to work with these communities effectively.

Corporate Social Responsibilities Initiatives that benefit society by corporate enterprises are important in ensuring that the business world remains connected to its own corporate conscience for a better environment and better communities. One of the CSR projects initiated by GIC includes the Hydroponic project, Pineapple plantation project, and Hari Raya RIQ.

CARING FOR THE FUTURE

GIC is a GIC initiative that supports CSR-related projects annually. These projects give our students, staff, and society in general opportunities to volunteer and champion causes that are close to their hearts while improving their leadership, communication, and collaborative skills.

We seek to inspire a positive change in society. This movement ensures that we work in tandem with our chosen communities to ensure their long-term sustainability and growth by leveraging off the Malaysian public’s commitment to social services.

Our CSR is involved in projects in the following areas:

A hydroponic project—the process of growing plants without soil—has been conducted at Kampung Orang Asli in Betau as part of the GIC project. This successful sustainable project has been able to easily create an opportunity for students from GIC to initiate a source of income for those targeted populations. The agricultural knowledge of indigenous peoples acts as one of the prime tool factors for the success of this project.

The pineapple plantation project is also part of GIC's CSR initiative aimed at the indigenous population. The activity takes place at Kampung Orang Asli in Betau. The main purpose of this activity is to create income for people suffering from poverty. Our students and staff members make an effort to set up the pineapple plantation within a certain duration for these village members. Meanwhile, students would be able to develop their soft skills such as teamwork and leadership besides academic knowledge.

The Malaysian indigenous community, also known as the Orang Asli, is one of Malaysia's poorest groups. Hardship affects 33% of the Orang Asli population, according to a press conference held in 2019. Colin Nicholas of the Centre for Orang Asli Concerns declared at a press conference that 99.2 percent of the Peninsular Orang Asli population is in the B40 income band, earning less than RM4,000 per month [1]. While this group may not perceive itself to be impoverished and prosper in their own way of life, their lack of fundamental essentials must be addressed. GIC has pledged to collaborate with these indigenous tribes in order to eliminate inequity.

Hari Raya is a festive celebration that is not just for families but the entire community. The month of Ramadan for many of us is a time of self-reflection and appreciation. As part of GIC corporate social responsibility, we are reaching out to the urban poor families. Many of these families consist of single mothers with children and also the elderlies. Our mission is to make life journeys better for all Malaysians, leaving a positive impact in the communities where we operate, especially in the key area – children with needs. Through this initiative we have gave the selected families some financial aid which would make their Raya celebration more merrier.

DIPLOMA IN POLICING AND CRIME INVESTIGATION