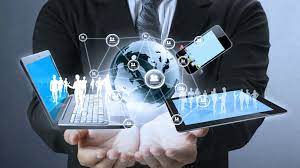 The Fourth Industrial Revolution gave birth to Artificial Intelligence and other technologies, hence being called the Digital Era or the Digital Revolution. The technologies used are mostly created purposely for assisting mankind in everyday life, including education. The utilization of technology in traditional classroom settings can have its own limitations to both language learners and language educators.

Another example of the types of games for language learning is serious games, which refers to the creation of any games that have the primary purpose of learning languages such as Drop, Memrise, and Duolingo. These mobile applications use gamification elements to help learners feel motivated and increase their vocabulary in the languages that they are learning. By using digital games in a traditional language classroom, according to Krashen’s Second Language Acquisition theory, communication is strongly encouraged among players either in single-player games or multiplayer games. Single-players, for example, communicate with other players to discuss tips on defeating a boss level or finding a treasure in a game. This discussion can be seen in a game called Homescape, where players are mostly solo players and they discuss matters such as tips to win a level in that game. Multiplayer games, on the other hand, such as Mobile Legends, PUBG, and Order and Chaos Multiplayer need both teamwork and communication among the group members, also known as allies. The communication needed is strategizing their movements and attacks on the other parties before the game as well as giving commands during the games such as ‘initiate retreat’.

Besides that, geographical factors can also be the limitations of the utilization of computer technology in traditional language classrooms. This is because some areas in a country, such as the rural areas, may not get enough internet connection to use the computer technology. For example, students’ workbooks, nowadays, do not have any answer sheets in them. Instead, they need to access the Internet and search for the answer sheet files in the publicators’ websites. This can be a concern if the schools that are using computer technology are in areas with slow Internet connections. Johnson, Jacovina, Russell and Soto (2016) stated that, “ If a teacher’s school does not possess adequate computers and fast internet connection, the implementation of educational technology is not feasible” (p. 3). In short, geographical factors can affect the utilization of computer technology in traditional language classrooms in terms of access.

Social networking sites help language learners or the digital natives to be more confident and help their self-esteem in acquiring or learning languages. However, the sites only provide online platforms, thus they solely provide high self-esteem to their users online. Bicen, Sadikoglu, and Sadikoglu (2015) stated that, “…, despite all these positive statements students feel anxious about communicating in the target language” (p. 1048). This means that, as mentioned previously, online platforms such as social networking sites could only provide -online self-esteem to their users and they may face difficulties when interacting in an offline world, especially in their target languages.

RAPE IS NOT A JOKE