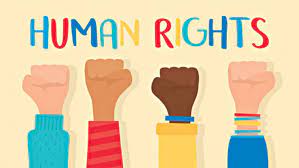 In answering what is human rights, Christy A. Short defines it as a growing body of law protecting rights that is of paramount importance at the international and global level. It focuses on a wide spectrum of issues and crisis including economic, political, culture, religious and social issues without being selective on race, age or gender.

The Human Rights Council is an inter-governmental body within the United Nations structure. The body is formed by membership of 47 states and responsible for strengthening the promotion and protection of human rights around the globe. It came into existance in 2006 by the UN General Assembly with the objective of addressing human rights violations.

The first members of the Human Rights Council were elected on 9 May 2006. The last Council elections were held on 12 May 2009, and the next elections will be held in 2012. Members are elected for three-year terms. They are not eligible for immediate re-election after serving two consecutive terms.

The role of the Council is that it is the main United Nations forum for intergovernmental cooperation and dialogue on human rights issues. Its focus is to help member states meet their human rights obligations through dialogue, capacity building, and technical assistance.  In addition to that the Council also makes recommendations to the General Assembly for further development of international law in the field of human rights.

The Council assesses the situation of human rights in all 192 UN member states through “Universal Periodic Review,”. It also has an Advisory Committee, which provides expertise and advice on human rights issues to all parts of the world. Another channel of the Council is through a “Complaints Procedure,” which allows individuals and organizations to bring complaints about human rights violations to the attention of the Council from all around the world.

In addressing specific country situations or thematic issues the Council does it through a system called ‘special procedures.’ There are 33 thematic and 8 country mandates. The Council has the role to intervene any proceeding before a court with the approval of the court in cases involving allegation of violation of human rights. It also has a role to visit any jail or other institution or persons detained or lodged for treatment or reformation in order to study living conditions of the inmates and to inspect any complaints made and has a role to make recommendations where it seems fit and necessary.

Next function is to review the safeguards under the Constitution or any law for the purpose of protection of human rights and recommend mea­sures and assess effective implementation of the law. The Council also has the function to review factors and also acts of terrorism that would inhibit the enjoyment of human rights. The Council also has a role to recommend appropriate remedial measures to the country.

The role of studying the contents of international treaties or international instruments on human rights and make necessary recommendations for effective implementation is also one of the roles and functions of the Council. The Council also undertakes to promote research in the field of human rights and spread human rights literacy as a way to promote awareness of safeguards available for protection through the publications, media, seminars, and other means of mass media.

Encouraging the efforts of non-governmental organisations and institutions working in the field of human rights in order to protect human rights is also the role of the Council to promote human rights.

One of the issues relating to human rights issue is the trafficking children for sale, child prostitution and child pornography. Child trafficking is defined as the recruitment, transportation, transfer, harboring, and or receipt of a child for the purpose of exploitation. Meanwhile Prostitution of children or child prostitution is prostitution involving a child. It is a form of commercial sexual exploitation of children. The term normally refers to prostitution of a minor, or person under the legal age of maturity. In most jurisdictions, prostitution of or by a person under 18 is illegal. Child pornography is the visual representation of minors under the age of 18 engaged in sexual activity or the visual representation of minors engaging in lewd or erotic behavior designed to arouse the viewer’s sexual interest. Child pornography may include actual or simulated sexual intercourse involving minors, deviant sexual acts, it differs from pornography depicting adults in that adult pornography may only be regulated if it is obscene.

In addressing this serious issue, the council has created Special Rapporteur on the sale of children, child prostitution and child pornography. In 1989, the United Nations General Assembly in New York adopted the Convention on the Rights of the Child which is an international instrument recognizes “that in all countries in the world, there are children living in exceptionally difficult conditions, and that such children need special consideration”. The Convention is now ratified by 193 States.

In May 2000, the General Assembly adopted and opened for signature an Optional Protocol to the Convention on the Rights of the Child on the sale of children, child prostitution and child pornography; the Protocol, which has now been ratified by 126 states, entered into force in January 2002. The international awareness of the commercial sexual exploitation and the sale of children by 1990 had grown to such a level that the United Nations Commission on Human Rights decided to appoint a Special Rapporteur on the sale of children, child prostitution and child pornography. This resolution gives special mandate to the Special Rapporteur to investigate the exploitation of children around the world and to submit reports thereon to the General Assembly and the Commission on Human Rights on their findings and to make recommendations for the protection of the rights of the children concerned.

These recommendations are targeted primarily at Governments, United Nations bodies and non-governmental organizations. The appointment of the Special Rapporteur has been regularly renewed through resolutions. The most recent resolution was made in March 2011 by Human Rights Council for a three-year period. In its resolution, the Human Rights Council mandated the Special Rapporteur, in particular through visits and exchange of communications with Governments, to;

l  analyse the root causes of the sale of children, child prostitution and child pornography;

l  identify, exchange and promote best practices on measures to combat the sale of children, child prostitution and child pornography;

l  continue efforts to promote comprehensive strategies and measures on the prevention of sale of children, child prostitution and child pornography;

l  make recommendations on the promotion and protection of human rights of children actual or potential victims of sale, prostitution and pornography,
as well as on the aspects related to the rehabilitation of child victims of
sexual exploitation.

The effectiveness of the Special Rapporteur has been observed and commented upon by the Permanent Observer of the Holy See to the United Nations Human Rights Council whereby he stated that the Report of the Special Rapporteur shows with accuracy how children can become victims of the sexual fantasies of adults and that legal measures, are not enough and, prevention also should address the consumerist culture that stimulates and promotes the unhealthy and immature sexual desires that drive “consumers” to this market.

The Senior Advisor of  the United States  Mission to the United Nations in her speech stated that the United States welcomes this opportunity to engage with the new Special Rapporteur on the sale of children, child prostitution, and child pornography. They are interested in the Special Rapporteur’s methodology, which uses the participation of children to develop projects and policies, that they are eagerly waiting for the results. The United States also supports the Special Rapporteur’s goal of working to replicate best practices throughout the world. This is a sensible, effective way to create real solutions to difficult problems and to combat the sale of children, child prostitution, and child pornography in our own country, and look forward to learning from the experience of other states.

However the issue that the United State Mission to the United Nation has raised is that Special Rapporteur assesses in their report that sexual exploitation mainly affects girls, and that gender-specific programs and policies are needed to promote the well-being of all children. Nevertheless boys are also victims and their victimization is overlooked or denied due to the persistent misjudgment that only women and girls are vulnerable to sexual exploitation. They are requesting that all children of all ages and genders are given equal protections and rehabilitation and policies to secure their well-being.

The Special Rapporteur is a young unit created by the Council in the 1990 and already has been renewed several times through resolutions of the Council. The acceptance of the members of the Council and the observations proved that it’s role and functions in monitoring human rights issues with regard to children has shown improvement in the number of cases reported but however as suggested, the preventive measure should be given more attention as to discover what drives the commodity to demand such trade to take place in the world we are living today.